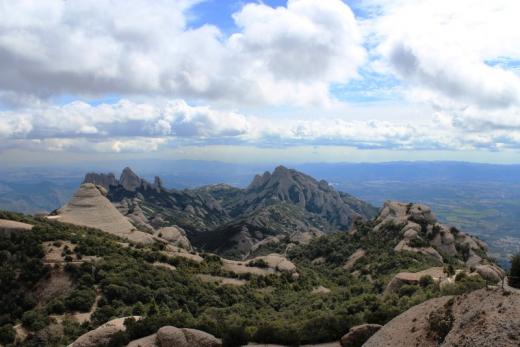 On Saturday, February 22, Minyons Escoltes I Guies de Catalunya will inaugurate the Montserrat International Scout Centre (MISC), a new international scout centre open to young members of the scout movement from all over the world who want to develop their spiritual dimension in order to enrich their task as educators.

Those people accommodated at MISC will carry out a work programme based on materials inspired by Christianity which are open to everyone, both believers and non-believers. The activities will take place in contact with nature, living everyday in a self-managed way, faithful to the scout and guide method.
MISC is currently the only scout centre in the continent which is based on the work of spirituality, and aims to become a reference international scout centre in southern Europe. For this reason, the website www.misc.cat has been created, which will be soon available in four languages (Catalan, Spanish, English and French) and where you can find all the information. Reservations can be made from the inauguration day.

The work of spirituality is one of the three mainstays which the scout and guide educational proposal is based on, together with the country and the person. Minyons Escoltes i Guies de Catalunya wants scouting and guiding to become a meeting point to talk and work, where different spiritual options and sensitivities meet, and looks for a meeting point of enrichment from differences. Besides, being faithful to the Christian origin of the organization, the project wants to facilitate the accommodation and a place for people who want to know, live, celebrate and go deeply into the programme.

The inauguration of MISC will take place on February, 22nd, coinciding with the World Thinking Day, a day of celebration for the scout and guide movement around the world. This year the slogan is “Education opens doors for all boys and girls”, linked to the United Nations Millennium Development Goal 2.
The event will start at 10:00 in the morning with Jordi Bonet’s welcome, the first general commissioner of Minyons Escoltes and emeritus director of the works of Sagrada Familia. After that, there will be a visit to emblematic places in Montserrat where MISC programme will be carried out. At 13:00 institutional speeches will take place at Sala de la Façana, followed by a visit to the facilities.

Andrea Demarmels, the chairman of the European Committee of the World Organization of the Scout Movement (WOSM), is expected to attend the inauguration, as well as other representatives of international scout associations - the president of the Federation of Scouts and Guides in Catalonia, José Cayuela, the general commissioners of Minyons Escoltes i Guies de Catalunya, Lluís Marco and Trini Molist, and representatives of several political, social and religious institutions in Catalonia.

The project has been developed together with the Abbey of Montserrat, which has been closely linked to Catalan scouting and guiding since the beginning of the movement. Moreover, the collaboration of the Monastery of Sant Benet offers the possibility to do some service during the stay.